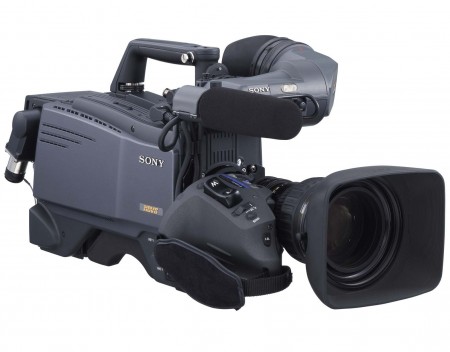 [Specification]
NBC is planning to use the new XDCAM HD camcorder as its primary ENG camcorder for the Games. Crews will use the camcorders to record athlete arrivals, interviews, venue press conferences and any other assignment that requires portable recording and capture. The XDCAM HD decks will be the primary recording device, used for the “ingest wall” at the IBC. Telemundo, NBC Universal’s Spanish-language television network, will use the PDW-700 camcorders at its stand-up location overlooking the Olympic Stadium